How to add contents to the page layout table

Once you have defined the size of the page layout table, you can enter the page contents by adding Objects to the cells. To add an object, select the icon that represents it and drag and drop it into the appropriate cell.

When you have added an object to a cell, you can open the window in which to define its actual content, double-clicking on the object in the table where you have inserted it or selecting the object and clicking on the 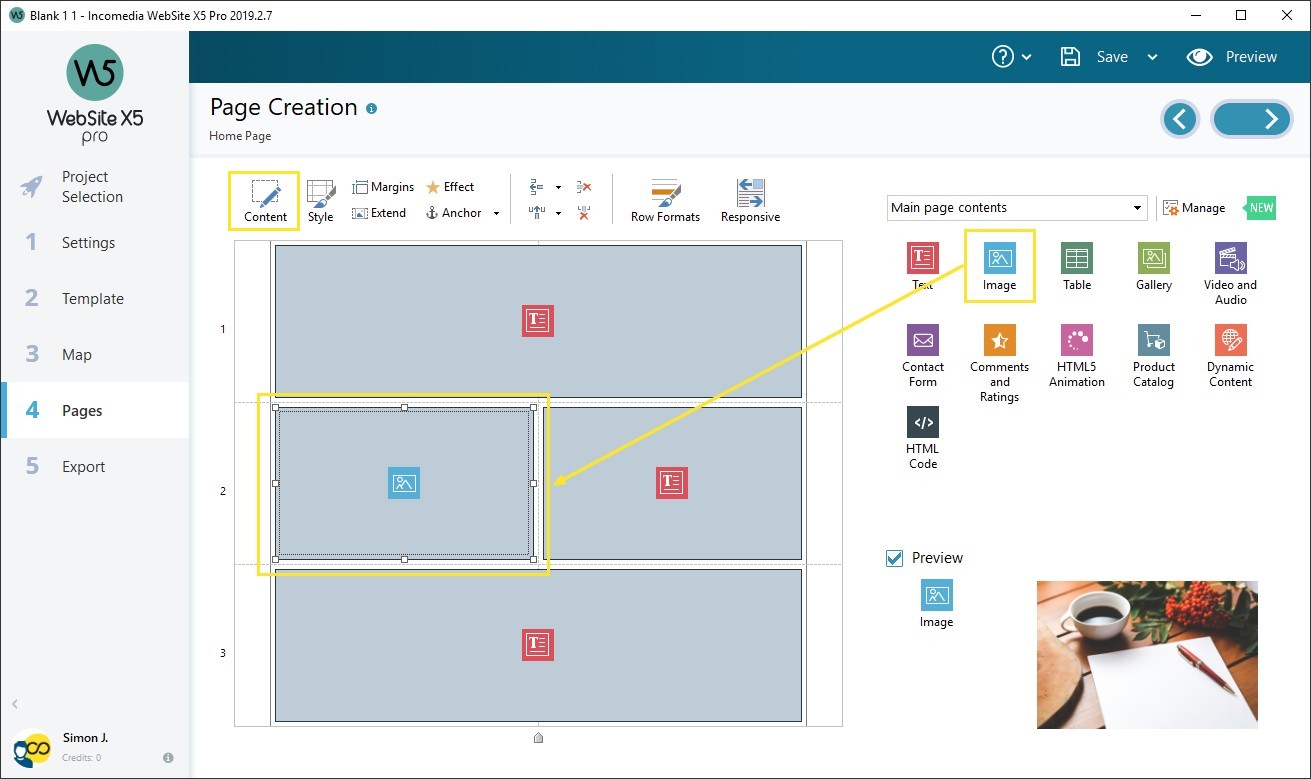 To make the best use of the page layout possibilities, remember that the software follows these rules:

A Cell can contain only one object, but an object can occupy several adjacent cells, horizontally as well as vertically. If you drop an object icon onto the border of a cell, the object will occupy the cells sharing that border. You can also pull on the object's handles to pull it into adjacent cells.

You don't have to fill all the cells in the table. Remember, though, that:

Once you define the number of Cells which must contain an Object, this value is kept even if you move the Object to another part of the Grid, provided that there is enough space. You can use the arrow keys for moving objects on the Grid:

Working on Objects with the context menu commands

You can right-click on an object's icon in a cell to open a menu with the commands for managing this object: Cut, Copy, Paste, Remove, Object Style, Effect. 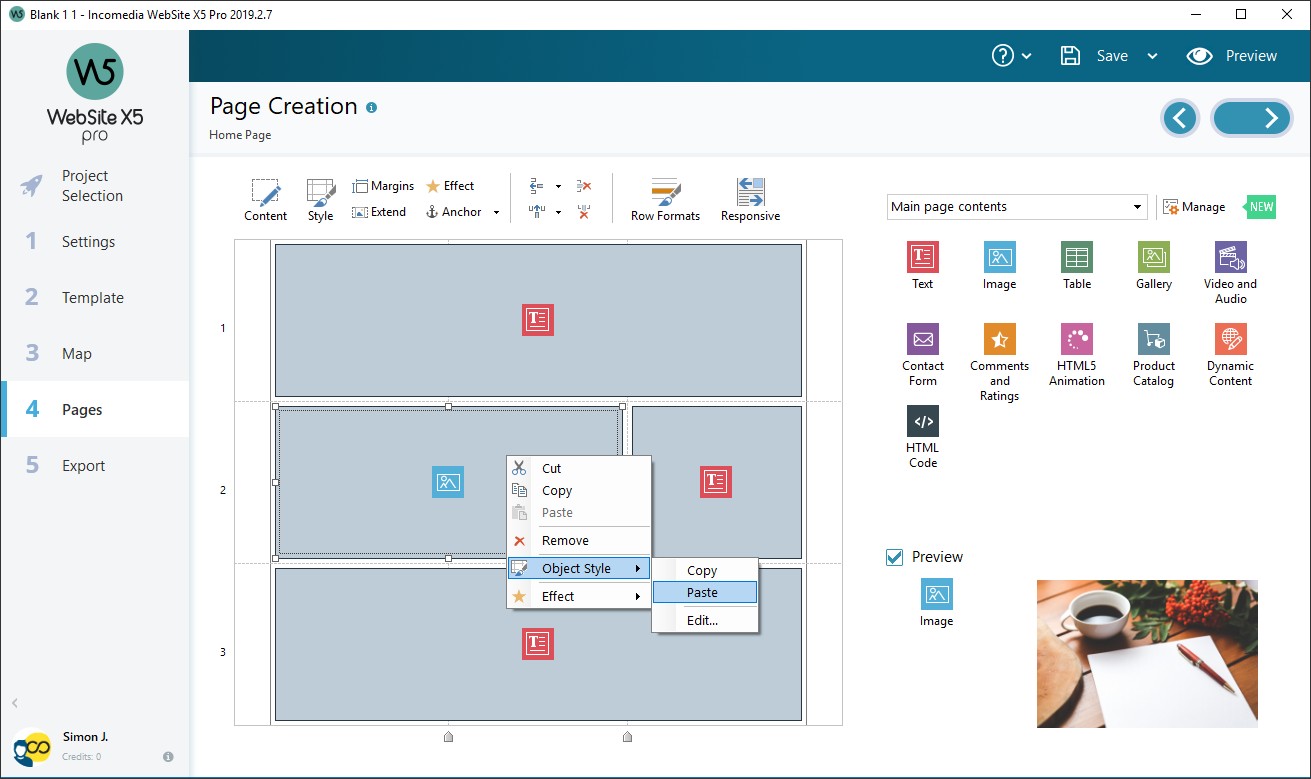 Use these commands, for example, to make a copy of an object and paste it into a different cell or page, or delete it. You can also remove an object by dragging it outside the page layout table, or by pressing the DEL key. Remember that an object will be removed if you add a new object to the cell it is in, and the second object will take its place. However, if you drag an object from one cell to an occupied cell, the two objects will simply change places.

Likewise, the Effect>Copy and Effect>Paste commands let you apply the effect that has been given to the first object to the second one.

The page layout can be changed and updated at any time.